Lee by John Perry depicts the amazing life of a conflicted man struggling with the loyal general. Understand the man behind the warrior!

Robert E. Lee graduated, with honors, second in his class from West Point. His four years there were distinguished by model behavior and nary a demerit.

He became one of the most victorious generals of the Confederate army throughout the American Civil War, motivating his companies with an altruistic spirit and commitment to duty.

Lee’s victories earned him recognition on both factions of the Mason-Dixon line. He was praised for his tactical expertise in battle, and even after capitulating to Ulysses S. Grant at the Appomattox court house, his model of conduct for numerous ex-Confederates made him a legend.

After the conflict, he assumed the chairmanship of Washington College and dedicated the rest of his time to fixing a pattern of conduct. Lee endures as one of the most celebrated military protagonists ever. 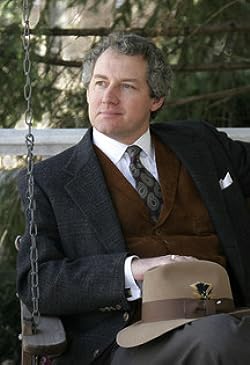 A New York Times best-selling author, John Perry was 5th-generation Kentucky-born in his family. From Greensburg, his family moved to Houston, his upbringing town, where he played sports and acted in musicals.

After the army, he went to Vanderbilt University in Nashville and University College, Oxford, England. John graduated in English and a minor in piano.

Perry began his career as an advertising copywriter and radio producer. His interest in music took him to Nashville, where he worked with country music greats.

A project in Nashville introduced John to the book world and, after a while, he was requested a ghostwritten foreword. Over the next years, John shifted to full-time authorship.

Today John divides his time between his books and collaborations; His biographies are prominently awarded.
Wolgemuth & Associates, Orlando represent John as literary agents.

For some, a traitor. For others, a hero. For me, an American dedicated above all to his state Virginia. A son, a husband and a father worried about his family.

Through seventeen chapters John Perry describes the character of Robert Lee with details, showing his earlier years, the building of his responsible character after he saw his father leaving the family. That is what triggered the making of a gentleman.

He meets Mary - that would be his wife. After graduating second in his class from West Point, he worked in many different projects as an engineer officer and starting moving up in the military's rank. He volunteered for his first battle task at the Mexican War when he was considered to be the best soldier in the front by General Scott.

When North and South came up to disputing over many questions, including slavery, he was under great conflict, but his loyalty to his state prevailed. He was invited to command the Confederate's Army during American Civil War and was one of the most successful ones.

His example of conduct is the best legacy that we have from him.

The publishers were kind enough to send me a copy of this book for an uncompromised review through their Thomas Nelson Book Review Bloggers Program.

I recommend this book for adults and mature teenagers that appreciate seriously researched biographies.

2 thoughts on “Lee by John Perry”