This is our C. S. Lewis Bio intended to give a brief account of the author’s life and times. Lewis created The Chronicles of Narnia saga. Check it out!

He had other activities:

Lewis was an academic from Oxford and Cambridge Universities

Lewis is best known for his fictional work and Christian apologetics.

After a period away, Lewis immersed back to the Anglican Communion at the age of 32.

Lewis died on 22 November 1963, but his death was clouded by the John F. Kennedy’s assassination on the same day.

The Chronicles of Narnia saga is his most famous work, and some of its books were adapted for stage, screen and radio.

He had an elder brother, Warren Hamilton Lewis

In his childhood, anthropomorphic animals stirred his imagination, and he often wrote stories about them.

In a house full of books, Lewis loved to read. The place became an inspiration for his further work.

After a changeable schooling start, in his teen years, Lewis landed at the preparatory school of Cherbourg House.

During this time, Lewis abandoned Christianity and became an atheist, interested in mythology and the occult.

His first college attempt was not successful, and he took education from his father’s former tutor for a while.

During this period, Norse culture, folklore, and mythology became a fascination. He developed an appreciation for the natural world.

His tutor instilled in him a love for Greek culture,  folklore and reasoning skills.

In 1916, Lewis was awarded a scholarship at University College, Oxford and a few months later went to fight in World War I.

He was sent back home in December 1918 and soon restarted his studies.

Lewis did not adapt to England and their Anglo-Saxon heritage very well and immersed himself in Irish mythology and literature, particularly W. B. Yeats’s use of Ireland’s Celtic heritage in poetry.

After his conversion to Christianity, his interests gravitated towards Christian theology and away from pagan Celtic mysticism.

He was an enthusiast of a so-called ecumenical Christianity, suggesting a need for unity among Christians.

After returning to Oxford University, he received several degrees in literature, history, and philosophy and became a tutor serving from 1925 to 1954.

Rumors about them being lovers occurred without any confirmation. What is known is that Lewis considered her as a second mother, and they kept close until her death in 1951.

After the outbreak of World War II in 1939, the Lewis family took child evacuees from London and other cities into their home. He also helped in the local Home Guard. 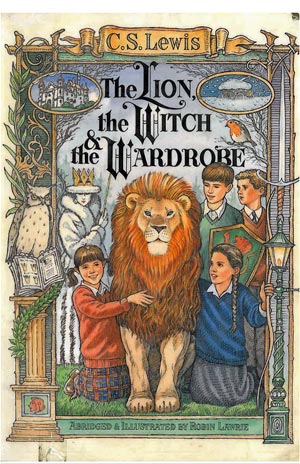 From 1941 to 1943, Lewis broadcasted religious programs through BBC while London was under periodic air raids.

During this time, he was invited to become first President of the Oxford Socratic Club, a position he kept until 1954.

In 1954, Lewis took a chair of the newly founded chair of Mediaeval and Renaissance Literature in Cambridge, where he finished his career.

An American separated writer of Jewish background. She was a former Communist and had converted from atheism to Christianity.

Admiring her intellectual prestige, on 23 April 1956, he agreed to enter into a civil marriage contract so she would be able to continue to living in the UK.

After complaining of a painful hip, she was diagnosed with terminal bone cancer and died on 13 July 1960.

On 22 November, after several comes and goes,  Lewis died just one week from his 65th birthday. 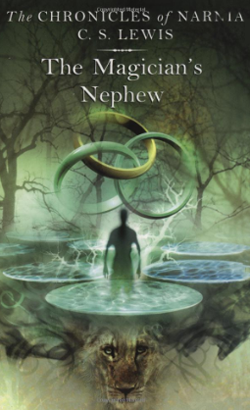 Coverage of his death was almost entirely blinded by news of US President John F. Kennedy assassination, which occurred on the same day.

Lewis was an influential Christian apologist, in addition to his career as an English professor and an author of fiction.

Here are some of his most prestigious works:

The Chronicles of Narnia

They were published in the following order:

But current editions number them in this order:

1. The Magician’s Nephew
2. The Lion the Witch and the Wardrobe
3. The Horse and His Boy
4. Prince Caspian
5. The Voyage of the Dawn Treader
6. The Silver Chair
7. The Last Battle