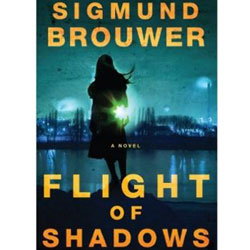 In Sigmund Brouwer’s Flight of Shadows,  a woman’s empowering genetic code could change humanity forever, but all she wants is to escape.

Emerging buildings rise into the sky of a near-future America, shadowing the desperate poverty of the “soovie” parks, death doctors, and fear weapons.

In this atmosphere of walled cities, where status matters most, Caitlyn Brown is desperate to remain inconspicuous, wrongfully believing what she needs to hide is the deformation on her back. The powerful want her further.

She’s compelled to take flight again, relying on the help of Razor, a scoundrel she can’t rely on. Her only hope is to find friends already pursued by the government.

With a crazy and vicious bounty hunter on her tail, they begin to learn the unimaginable about her past and gifted DNA.

It will be a choice between love or sacrifice, between human destiny or freedom.

Sigmund Brouwer’s Flight of Shadows is a terrifying fast-paced ride into the heart of different morals about science and civilization.

Whether writing fiction for the youth or grown-ups, Brouwer is a best-selling writer of more than 40 roller coaster books. Some of his novels encourage reluctant young readers into the world of reading, and others present adults with exciting tales.

Sigmund Brouwer’s Flight of Shadows is the first book that I read by this author. I found it to be brilliant. A masterpiece in the genre of science-fiction.

The author superbly describes the environment and his characters with such passion and juicy details, that it makes us feel suffering together with our heroes.

The plot occurs in a future after what he called the Water Wars. An arduous genetic experiment produced embryos that brought moral issues to their scientists. Therefore,  they destroy all data about the project along with all but three embryos.

One scientist took an embryo to raise as his daughter.

She has a few special powers, and they have to flee to a place named Appalachia, where some religious extremists live in a closed community.

The rising action begins when the government starts to search for the girl. She is the missing link of the original research, and her blood contains information that could change the destiny of the human race.

She goes on the run and is helped by most unusual characters.

The scary part of this story is that it is composed by realistic situations that we see every (in a minor scale) and we can imagine it happening in the future,  as the author describes them with meticulous precision.

The publishers were very courteous to provide me a copy for an uncompromised book review through their Blogging for Books Program.

Recommended for grown-ups and teenagers.

Please, feel free to leave a comment with your opinion about Sigmund Brouwer’s Flight of Shadows. 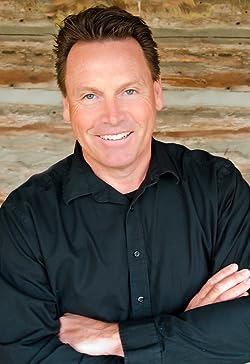