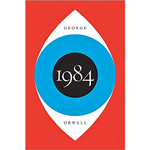 The novel 1984 by George Orwell is an iconic influence in our contemporary society. A work of great popularity and relevance, the book is a Science Fiction Fantasy Classic that is must on any serious reader bookshelf.

In the book, the author twists reality with the purpose of making a deep analysis of human behavior and character. Our perception of human degradation in a fascist/socialist society is enhanced by what, at the time it was written, seemed to be unbearable.

1984 by George Orwell is a terrifying premonitory magnifying glass of our worst liabilities and a warning of how low humankind can go. The novel is our present society on the shrink’s couch, a profound and fascinating analysis of what man can achieve, for better or for worse.

“GEORGE ORWELL (1903-1950) was born in India and worked with the Imperial Police in Burma before joining the Spanish Civil War in the Republican Army. Orwell was the writer of six novels as well as numerous essays and nonfiction works.”

Written in 1949, the novel takes place in 1984 in a dystopian futuristic society where Winston, the hero, is trapped in the totalitarian gear of an entirely state-dominated society.

Everything is done collectively, but each one lives alone. Nobody escapes the vigilance of Big Brother, the most famous literary personification of what could be an infinite, cynical and cruel power in an imaginary and fantastic future.

In fact, the ideology of the ruling party in 1984 has nothing to do with anyone or anytime’s motivations. It’s just power for the sake of control with no philosophical or financial purpose. Just the worst of men.

The novel 1984 by George Orwell, had a significant impact on me when I read it the first time, about forty years ago. The author, through this book, has become an icon of prediction since this novel has influenced the world significantly since then.

Winston is the Protagonist and Main Character.

The Government is the Antagonist

Mr. Charrington is the Guardian archetype.

O’Brien is the Contagonist.

Julia is the Emotion and Temptation Character.

Winston works at the Ministry of Truth in Oceania, a place where the government spies on everyone all the time. Avoiding the cameras, he secretly writes a journal.

Winston and Julia fall in love.

Winston is drawn to the Revolutionary Brotherhood.

They secretly start seeing each other.

O’Brien turns out to be a member of the government’s police and arrests the couple.

They discover their secret encounters were being watched all the time.

After being tortured, Winston betrays Julia to save his skin.

Julia and Winston are reprogrammed into model citizens.

1984 was an analysis of the human being that remains and has influenced our society in almost all its aspects like:

Can you be sure that we are not being watched? I can’t. 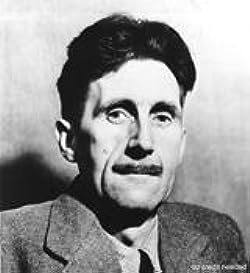