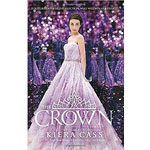 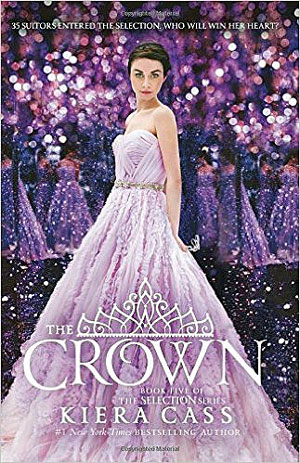 Kiera Cass has captured the hearts of readers from her very first page. Now the end of the journey could be near. Prepare to be overwhelmed by The Crown, the anxiously anticipated, beautiful and romantic fifth book in the Selection saga.

In The Heir, a new period began in the realm of The Selection. Twenty years after America Singer and Prince Maxon fell in love. Their daughter is the first princess to enter, once again, a Selection of her own.

Eadlyn didn’t imagine she would discover a right partner between the Selection’s thirty-five contestants, let alone actual love. However sometimes the heart has ways of surprising us, and soon Eadlyn will have to make a choice that feels more challenging and important than ever.

Kiera Cass is an American novelist recognized for the Selection saga. Learn about her on this mini-bio. 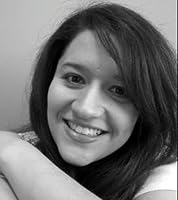 Long sagas always bring up some concern about keeping up with quality. Much like TV series that start high but, usually, lose a hand, or cool off in the succeeding seasons. Book series can suffer from the same effect.

Some reviews here were not as enthusiastic as with the first three books. However,  I'm glad I had the curiosity and professional obligation to check this real page-turner.

Kiera Cass is an expert of this dystopic-romance genre, and the books keep up to the same initial quality.

This love story continues to be well constructed and involving as the others, and I suggest you give it a go yourself. I was not disappointed.

I'm sure all reader will keep touched and moved by this book as well as they did with all four previous parts.

Again we see romance, nobility, and revolution, in a Reality-TV setup that serves the author's boldly constructed character. She suits well her quest for justice and love. This novel is charming, fascinating, and filled with just the right amount of wonder!

The book starts where The Heir ended.

Eadlyn is now the regent of Illea while her father helps Queen America with her heart attack recovery.

Madrid Illea desires to drop the quarrels with the Schreaves, that started with the modifications in the class social system.

Queen America comes back from unconsciousness the next day.

Eadlyn tells Erik how she has not fallen in love with anyone in the Selection yet.

Marid Illéa suggests a friendly broadcast, so the people from all castes express their opinion directly to Eadlyn.

During the successful broadcast, there are a lot of complaints about social stigma and lack of freedom.

Early is granted the throne so her father can spend time with his wife. People receive the transition to dull warmth.

During the coronation, Erik gives Eadlyn a family engagement ring as a token of "good luck". Eadlyn realizes she has feelings for Erik.

Madrid proposes that Eadlyn marries Ahren to unite Illéa and Schreave and, if she refuses, he will spread rumors about her.

Edalyn is distraught and runs out to bump into Erik and they kiss. Eadlyn decides to shorten the Selection time and choose between Kile and Henri.

Eadlyn and Erik kiss again but agree that they are not meant to be.

Eadlyn proposes to Henri but she and Erik know they love each other and admit it.

However, Henri realizes Erik’s love for Eadlyn and refuses to marry her. King Maxon tells them to ignore the rules of a princess to marrying a non-contestant.

Edalyn proposes to Erik and declares Illea a constitutional monarchy.

In the epilog, Eadlyn and Erik have a daughter and she is expecting another child.