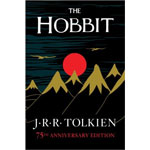 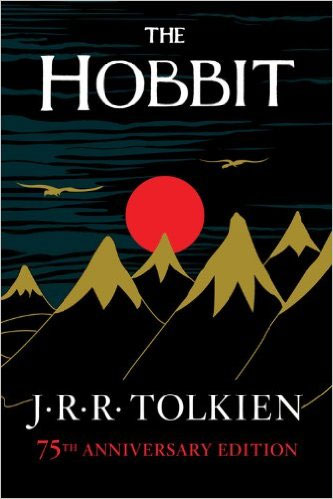 The Hobbit, or There and Back Again by British author J. R. R. Tolkien

, is an important and much-acclaimed children’s high-fantasy novel.

It was printed and distributed on September 21, 1937,  with great public and critical success. The book was nominated for the The New York Herald and Carnegie Medal prizes.

Recognized as a children’s, and general, classic in literature, the book remains popular.

The story is set in a fantasy middle-ages time-period and follows the quest of a straightforward and bucolic hobbit, Bilbo Baggins to gain a share of the treasure safeguarded by Smaug, the dragon.

Bilbo’s journey takes him from a light-hearted home in a rural area into more fantastic and sinister territory.

Tolkien tells the story in the form of an episodic adventure, and most sections introduce a particular creature or type of creature of Tolkien’s Imaginarium.

Bilbo follows a character growth path,  gaining maturity, competence, and wisdom after accepting the shabby, daring, eccentric, and brave sides of his essence and by applying his wits and common sense to help solve the quests that come on the way.

The story comes to its climax in the Battle of the Five Armies, where several the creatures and characters from prior sections reappear to join in the conflict.

Self-growth, heroism, and warfare motifs are fundamental themes of the narrative that was much influenced by Tolkien’s experiences during World War I. The author’s expert knowledge of Germanic philology and interest in fairy tales were also important issues.

The incredible success of the book, including the adult readers, made the publisher encourage and ask Tolkien for a sequel: The Lord of the Rings trilogy. The author had to make new and significant retrospective accommodations for it in The Hobbit’s second and further editions.

Since then, the piece has always been available. Its continuing legacy encompasses many adaptations for radio, stage, screen, and games; Many of which received high recognition on their own merits.

John Ronald Reuel Tolkien was a British writer, poet, WWI veteran, philologist, and university professor, best known for the high fantasy works The Hobbit and The Lord of the Rings. (read mini-bio) 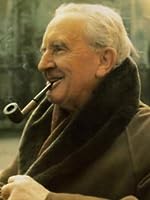 The Hobbit, or There and Back Again
unintended prequel for the Lord of the Rings Series
J. R. R. Tolkien
Fiction Adventure Fantasy Mythic Children Classic Young Adults
Houghton Mifflin Harcourt
September 18, 2012 (first was in 1937)
kindle, hardcover, paperback, audible
300
10 and up.

An impressive and most charming adventure story, this book is one enjoyable novel that everyone should read. We should all read it to our children and indulge in the joy and excitement that shine in their eyes. What else should matter?

The fact that it sprays around us a sense of something larger and grander - Some high-quality literature that subtly instructs and lectures us about important topics of life - is more, or less, important than that?

No matter what your opinion is, don't you dare to miss this book!

Emotion: Thorin and some of the dwarves

Skeptic: The Elves: King the  Wood-Elves

Narrative Structure of the Plot

Bilbo is living his simple life at home.

Gandalf tricks Bilbo into helping Thorin and his band of dwarves, who want to recover the Lonely Mountain and its treasures from the hands of Smaug, the dragon.

Gandalf proposes that Bilbo should serve as the team's "burglar", which is somewhat ridiculed by the others. After some reluctance, Bilbo, indignantly, joins despite himself.

The group progresses into the wild, where Gandalf saves the company from trolls and leads them to Rivendell, where Elrond shares more secrets from the map. Passing over the Misty Mountains goblins drive them into the underground deeps.

Bilbo gets separated from the group while they escape the goblins. He finds a mysterious ring and then meets Gollum and his riddle games.

All puzzles are solved, Gollum shows Bilbo the dangerous way out of the tunnels. Using the ring, Bilbo escapes and rejoins the dwarves.

Eagles save the band from the goblins and Wargs, and they come to rest in Beorn's house.

They enter the black forest without Gandalf. There, Bilbo saves them from giant spiders and the Wood-elves.

The inhabitants of Lake-town welcome the travelers near the Lonely Mountain. The "lake-towners" hope need help to defeat Smaug.

Bilbo goes to the dragon's lair and learns about a weakness in the dragons protective cover.

The ferocious dragon sets out to destroy the town. Bilbo's information is crucial to aid  Bard into killing Smaug the dragon.

The dwarfs take hold of the mountain. Bilbo discovers the Arkenstone, an heirloom of Thorin's family, and hides it.

The Wood-elves and Lake-men besiege the mountain and claim compensations for their aid.

Thorin refuses and reinforces his position.

Bilbo attempts to ransom the Arkenstone to head off a war, but Thorin is stubborn. He banishes Bilbo, and a battle seems unavoidable.

Gandalf appears again to warn all of an advancing army of goblins and Wargs. The men and elves join dwarves to fight.

The timely return of the eagles and Beorn make, victory is possible in the climactic Battle of Five Armies.

Thorin is deadly wounded and squares with Bilbo just before dying. Bilbo settles for just a small share of the treasure, which still allows him a very wealthy life back home.