The Guardian of the Threshold by A A Volts is a fantastic and amazing journey into the astral realm where everything is at serious risk. 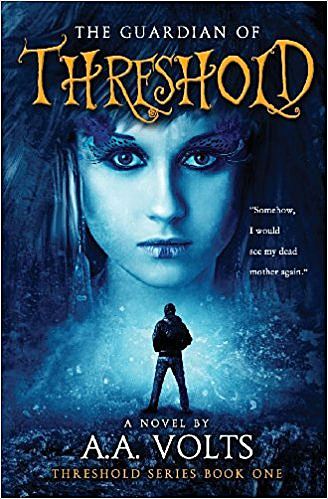 Mark is sure that death is coming for him. He wants to meet his dead mother and is given a chance. However, like everything in life, which comes with a price. He is unable to exonerate himself from the guilt of his mother’s death.

Love may survive everything, but wouldn’t hate, also?

Instead of the usual chasing girls activity, he finds himself facing a demon in an out of body quest.

How much would you be willing to sacrifice to meet a deceased relative just once more? Is a glimpse of a loved one worth the shot?

A A Volts writes paranormal, contemporary, horror and urban fantasy fiction.
He resides in Florida with his family. He fell in love with English at a very young age. He started his first novel when he was twelve years old, which he had scripted with a pencil. 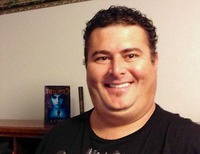 He started writing his first novel “The Guardian of Threshold” during summertime in 2008 and published it in 2012.

Along the years A A Volts lived in many places, but the nearly infinite amount of sunshine in the State of Florida finally won him over.

He loves to spend his days writing metaphysical fantasy for young and new adults. His passion for the paranormal and his experience with astral travel, astral projection, inspired the birth of the Threshold Series.

His favorite hobbies include writing, technology, out-of-body experiences, photography and spending time with his family, not necessarily in that order.

With a very fast paced plot, The Guardian of the Threshold is quite an interesting book in which a lad is trying to see his dead mother again and finds that he maybe has gone too far. A A Volts keeps you hooked from the beginning to end with the central premise that someone’s conscience can leave the material body and voyage to other realms.

In that sort of supernatural set, Mark Anthony has much bigger problems than your local next guy. After a psychic experiment Mark, his friend, Jonas, is captured by the Guardian of the Threshold.

This point is where and how A A Volts catches our deepest attention. We, the readers, get trapped in a turmoil strike literally between life and death.  This happening is where death lives and dangers await the bravest of souls.

Catapulted into a dark world of despair, he’s got to help his friend and try to me his mother once more.

Now their only option is to count on the unexpected help from someone in the Threshold.

I bought this novel in the Amazon Kindle format. Opinions expressed in this book review are solely my own.

The Guardian of Threshold by A A Volts is a Paranormal Fantasy that will appeal to lovers of the Fantastic Supernatural genre that will be entertained for some hours of excitement.

Please leave a comment about this The Guardian of the Threshold by A A Volts.