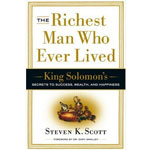 The Richest Man Who Ever Lived by Steven K. Scott reveals the course that King Solomon took to become the most wealthy man on earth. Read on! 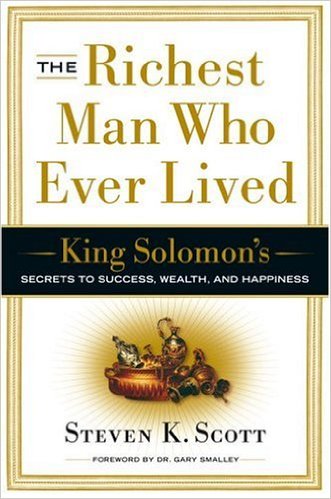 The Richest Man Who Ever Lived by Steven K. Scott
About the Book

Steve Scott failed out of every job he held in his six first years following college. He couldn’t succeed despite how hard he worked. Then Dr. Gary Smalley challenged him to investigate the book of Proverbs, promising that it would help him achieve greater success and happiness than he had ever known. That promise came true, making Scott a successful millionaire.

In The Richest Man Who Ever Lived by Steven K. Scott, he shares Solomon’s key to winning every race, explains how to solve conflicts and turn adversaries into partners, and exposes five fundamental qualities to becoming an esteemed and respected person at work and in life.

Scott demonstrates each of Solomon’s insights and strategies with anecdotes about his personal successes and failures, as well as some fantastic characters as Benjamin Franklin, Thomas Edison, Oprah Winfrey, Steven Spielberg, and Bill Gates.

Informative and inspirational, this work unfolds the universal truths of the Bible into a detailed guide for successful living today.

The Richest Man Who Ever Lived
by Steven K. Scott
The Author

Steven K. Scott is a best-selling writer known for works such as The Greatest Words Ever Spoken, and Mentored by a Millionaire.

After being disappointed in nine jobs, he began reading Proverbs every day, and it changed his life. Scott and his business partners have built more than a dozen successful businesses.

He is a celebrated international lecturer about individual and professional success related to biblical knowledge, and its use in all fields.

The Richest Man Who Ever Lived
by Steven K. Scott
My Review

This book is very well-written and inspirational for people whose lives are at that certain procrastinating point that compels them into giving up their long cherished dreams.

Along sixteen chapters the writer covers all the enlightenment contained in the book of Proverbs, sharing strategies for success in many areas of life.

He discusses business, marriage, and other important issues, through the training of five topics that make a fundamental difference when followed and explored with attention.

The author also examines the following:

and such relevant topics, connecting them to King Solomon, a man who became famous for his wisdom, power, and success.

I suggest this easy-reading to people who feel the need for inspirational guidance to achieve success in life.

The publishers were kind enough to provide me a copy for an uncompromised book review their Blogging for Books Program.

Please, leave a comment about this The Richest Man Who Ever Lived by Steven K. Scott post and book. 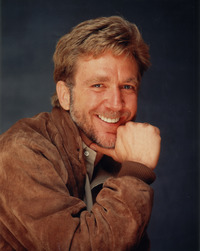