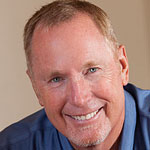 A mini-bio of the award-winning writer that brought new light to the nonfiction inspirational and juvenile publishing market. Check it out!

Born in San Angelo, TX, on January 11, 1955, Max Lucado was the youngest of four children to Thelma and Jack Lucado. He was brought up in Andrews, TX. His father was an oil operator and his mother, a nurse.

Lucado attended Abilene Christian University to graduate in a Bible degree. After finishing college, Lucado moved to Miami, Florida, to work as a minister to a church where, among other responsibilities, he wrote a newsletter. Their compilation, later became, his first book, On the Anvil.

Five years later, they came back to the United States to be closer to his widowed mother and work at the Oak Hills Church of Christ in San Antonio.

As an author, Lucado has reached millions with his mark storytelling style, granting him numerous awards and honors following most of his works. He has been a finalist in the ECPA Gold Medallion with further decorations than any other writer in the business.

In 1994, he became the single author to have 11 of his twelve titles simultaneously in print and figure on paperback, hardcover and children’s CBA bestseller lists. This way, setting new standards for the publishing scenario.

Adding to his nonfiction books, Lucado has written several award-winning successful children’s titles. He is also the creator of Hermie, the Caterpillar.

For over the past twenty years, Max has served as the Senior Pastor in San Antonio, but he states his greatest realization was finding a one-in-a-million wife and having three unbelievable daughters: Jenna, Andrea, and Sara.

These are the reviews we have already transferred to this websites:

“You Can Be Everything God Wants You To Be”

“You Changed My Life”

This is a list of authors that have more than one title review on this website: Our Prolific Authors