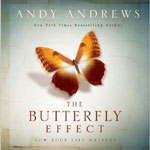 The Butterfly Effect by Andy Andrews 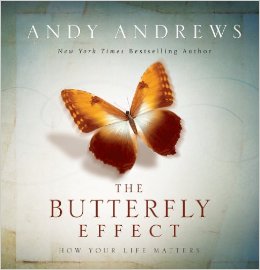 The author presents an impressive and compelling story of an ancient decision that changed lives decades later. Everything matters! Read on!

The choices you take and the way you treat others have more impact than you may ever understand.

Lecturer and New York Times best-selling writer, Andy Andrews shares a powerful and compelling story about a choice one man made over a century ago. How that choice now has nationwide breaking effects on us. It’s a tale that will encourage and inspire wisdom in the choices we make, as well as modify the way we handle others through our existence. Andrews speaks over 100 times per year, and The Butterfly Effect is his #1 most requested story.

Andy Andrews is a contemporary Will Rogers that has slowly grown into one of the most influential writers and lecturers in America. (read mini-bio) 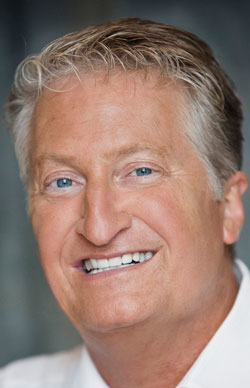 The decisions you make and the way you treat others have more impact than you may ever realize. Speaker and New York Times best-selling author Andy Andrews shares a compelling and powerful story about a decision one man made over a hundred years ago, and the ripple effect it's had on us individually, and nationwide, today. It's a story that will inspire courage and wisdom in the decisions we make, as well as affect the way we treat others through our lifetime. Andrews speaks over 100 times a year, and The Butterfly Effect is his #1 most requested story.

This work is another fantastic piece of work by Mr. Andy Andrews.

In this very inspirational book, the author uses the idea of a scientist named Edward Lorenz, who in 1963 exposed a theory.

That sequence of events, eventually, would be capable of starting a hurricane on the other side of the planet.

More than thirty years later this theory was accepted with the status of a "law" known as The Law of Sensitive Dependence Upon Initial Conditions.

The author adapts the idea to show that the first movement of any form of matter - including people, matters. And he elegantly gives the example of Mr. Joshua Lawrence Chamberlain, who was a schoolteacher, a professor of rhetoric at Bowdoin College and a Colonel in the Union Army. The actions he took in the Gettysburg battle had consequences that are reflected in our life nowadays.

Besides this story, the author also pictures the stories and lives of Norman Borlaug, Henry Wallace, George Washington Carver, Moses Carver and his wife Susan Carver, and all the inter-relationship on those lives and the actions that affected not only their lives but our lives as well.

Although it is an 112 pages book, you can read it in less than half hour, but the message it transmits remains for a lifetime.

The publishers sent us this book for an uncompromised book review through their Thomas Nelson Book Review Bloggers Program.

4 thoughts on “The Butterfly Effect by Andy Andrews”