Exactly as novels, sagas can also have their plot developments based on narrative structures. Let’s see how this works with Harry Potter.

Before we start, beware that this whole article is one GIANT SPOILER. If you haven’t read all books, or seen all movies, I suggest that you continue with a lot of care. I have added spoiler windows for you to open before reading each section.

J. K. Rowling did a magnificent job in the development of the saga plot, as well as for all book main inner plots .

One important thing that I find about the Harry Potter Saga is to remember a significant detail about the Main Character and the Protagonist. No, they are not just different terms for the same story player.

The Main Character is that one player in the story that shares feelings and views with us.

The Protagonist is that player that pushes the story forward.

In my opinion, the character that drives the saga forward and sets the central motivation of the plot is actually an unexpected one: 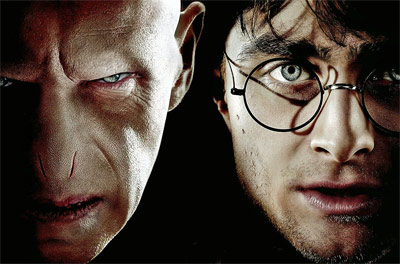 Who is who? (spoilers)

The Protagonist of the saga is VOLDEMORT.

Additionally, the character that shares his point of view with the readers (audience);

The Main Character of the saga is Harry Potter.

One must not confuse these dramatic functions with their counterparts inside each of the books. Those can be and, in most cases, are different, depending on the novels.

For this reason, I think it serves better to our purposes to read about, and, then, investigate the

This conflict, between the Main and Impact characters, is fought on the psychological level and usually ends when one of them helps change the other character.

The function of conscience does not exist for Voldemort. He simply does not have one. So, the only guardian-function he gets is HELP.

Dumbledore, Hermione, and Ron have fluctuating contagonist-functions along all saga.

Note that Voldemort does not have a classic mentor in the saga. He is too Omnipotent for that. So, this figured is associated with Harry.

Dumbledore and the members of the Order, even before its formation, are Contagonists to Voldemort and Guardians for Harry.

Sidekick = Wormtail and some Death Eaters

This function overlaps with almost all, if not all, of his guardian figures listed above.

Usually, the sidekick represents support and faith. Well, some of Voldemort’s sidekicks have faith and adore him, but others just act more in fear of him.

Skeptic functions don’t necessarily need to relate to a particular driver character. It is important that incredulous players appear in the plot. The Skeptic figures are referred solely to Harry along the saga.

Following that, we should read about, and study the

Also called Narrative Structure, this type of analysis tries to fit the saga into a certain narratology model.

On this website, we have been using  a hybrid between Christopher Vogler’s paradigm and, a 7-step development of the 4-act structure.

Backstory flashbacks throughout all the novels show Tom Riddle’s story before the Trigger. This part of his life could be in itself a whole complete saga plot telling Voldemort’s ascension before Harry Potter.

Also, the first books have the objective of presenting new unknown characters to the public.

It is interesting to see how, Voldemort, starts as a hidden Protagonist, much like as if he were an antagonist. As he pushes the saga forward, his appearance grows up to being more and more noticeable and, finally, becomes evident.

The above evolution of appearance is typical to Antagonists, not protagonists, but works very well in J. K. Rowling’s inverted construction.

Technically called Point of Attack, this plot point is where a problem occurs, waiting avidly to be solved by the Protagonist.

Flashbacks in all books and 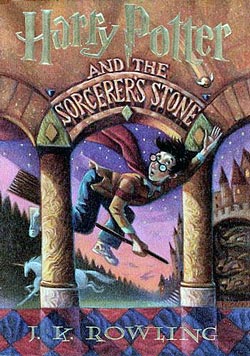 When Harry Potter survives and becomes “the boy who lived”, he sets up a problem for Voldemort. From this point on, Voldemort’s quest is to come back and destroy the boy with the objective of becoming the ruler of the Wizarding World.

Second acts usually are a series os tests with a rising set of complications up to the point of a crisis before the Mid-Point.

Harry Potter and the Chamber of Secrets

This book is a subtle third test in which, we just “hear” about Voldemort and his servant, who we see in short sequence. The Protagonist is driving the saga forward, but behind the scenes.

Harry Potter and the Goblet of Fire

The last second-act test is the construction and execution of an elaborate plan to kill Harry Potter.

Voldemort’s failure to kill his antagonist is the CRISIS FOR THE PROTAGONIST in the saga.

After a crisis, this is a point of clarification for the Protagonist.

Voldemort discovers that he can manipulate Harry Potter’s mind and make him fetch a prophecy.

This section usually marks a preparation phase, a recounting/retelling phase, or both. Basically, everyone prepares for the final climax. This moment is usually used to remember what has happened up until now.

While discrediting Harry Potter and Dumbledore, Voldemort sets free and prepares the Death Eaters to form a new army.

Some recounting is done during the Oclumency lessons and in the end by Voldemort and Dumbledore.

Harry Potter and the Half-Blood Prince

When Harry investigates Snape’s past, we have a strong hint of his motives and about what he has been doing all along. Later in the saga, Dumbledore will explain it in more detail and set narrative closure for him.

The climax is the sequence where a final struggle between the Main Character and Impact Character, and between the Protagonist and Antagonist happens with an ending or closure.

Sub-plots-struggles like “Contagonist x Guardian”, and such, also may have closure near this point.

Nothing much to say here. The whole book is one enormous climax with an internal plot structure.

The book is so full of comes and goes that the filmmakers were able to adapt it into two movies. 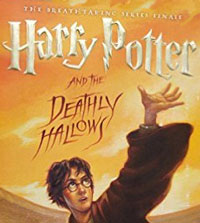 The section is the closure section where everything is explained.

Following some considerations already done in the previous two books, we have a final set of conclusions to wrap up the last loose ends.

It is important to note that we can find many sub-plots in the saga, and the books, which, by themselves, are sub-plots on their own.

Also, a curious mind could try to fit an analysis using Harry Potter, or even, Dumbledore as protagonists, and it might even work.

However, in my humble opinion, Voldemort is the saga driving-character.

You can reach the reviews for each book by clicking on their titles. Please, leave a comment with your opinion.

4 thoughts on “Harry Potter Story Structure of the Saga”